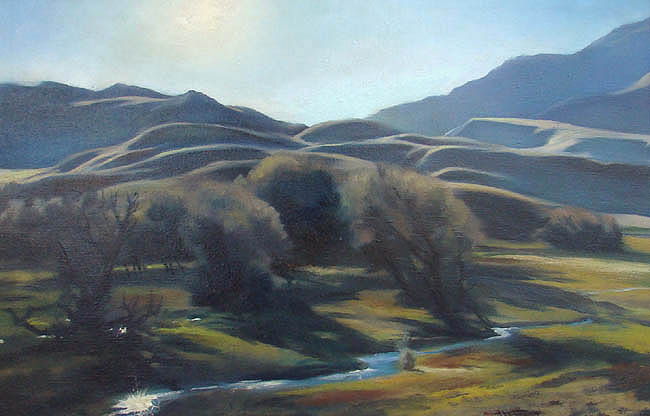 Emil, born in Paris, France, moved to Los Angeles, California in 1928.  Emil taught painting in Laguna Beach and had many friends in the art scene there.  Emil was also a special effects artist for 20th Century Fox Studios.  The buried Statue of Liberty seen at the beach in the finale of Planet of the Apes is a matte painting done by Emil, as well as the original 20th Century-Fox “searchlight” logo, beyond those notable achievements, he won a 1963 Oscar for his work on Cleopatra.

In his art, Emil typically used pencil and oil, but his most widely-known works are his watercolors.  Emil’s watercolor paintings burst with bold use of color.  In addition to Emil’s appreciation for California’s untouched sensual landscape, Emil’s work included environmental concerns. Emil’s paintings display a variety of country and cityscapes around southern California.

“Winter Sun” is currently for sale at William A. Karges Fine Art.