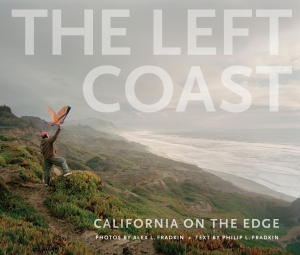 This is the tale of two Fradkins:

Philip and Alex have published The Left Coast – California On The Edge, written by Philip, with accompanying photos taken by Alex.  The two have spent the past five years writing about, and snapping images of, the choices that we’ve made the past one hundred years in utilizing our shoreline.

After reading the text and viewing the photos, one walks away with a throbbing question, How does such a mixed-use coast mediate conflicting interests?

The Left Coast is not the archetypal published fare of coffee table books waxing poetic on images of uninhabited coastline or long rural stretches of the coast road.  The Left Coast charges the reader to consider how our current imagery of California is no longer that of the plein air artists, who, at the turn of the nineteenth century, captured landscapes and coastscapes without power lines, asphalt, and buildings.

Two of my favorite photos taken by Alex are not typical “landscape-y” or “coastscape-y” photos.

In the chapter entitled, “The Military Coast,” a photo of a young servicewoman is dwarfed dockside before the USS Ronald Reagan, a Nimitz-class nuclear-powered supercarrier, home-ported at NS North Island, San Diego.  Philip writes,”Beach replenishment – viewed as a God-given, or rather a navy-gifted, right in San Diego – is a bit of a misnomer.  To replenish is to make complete again.  The beaches had been historically narrow, the Silver Strand being a thin barrier spit when the Hotel Del was first built.  They bulked up only when wide beaches were seen as a profitable tourist attraction, chambers of commerce promoted their mythic existence, and the navy supplied the sand – a massive thirty-seven million cubic yards to the Silver Strand since 1940, making it the most modified beach in California.  There was a second purpose for the so-called replenishment.  The sand was meant not only to give pleasure but also to protect coastal developments, which in San Diego County had been “built too low, too close to the beach, or without sufficient setbacks from the cliff edges.””

“The navy began dredging, with the clean sand going to replenish the nine beaches stretching from Oceanside to Imperial Beach.  Problems developed.  An unexploded mortar shell was found on the Oceanside beach where some of the sand had been pumped ashore.”

My other favorite photo, found in the chapter, “The Recreational Coast,” is, “RVs camped on beach.  Oceano Dunes, 2007.”  Ocean Dunes SVRA is a hot land-use debate between those who believe beaches are for feet versus those recreationists who desire to drive motorized vehicles across the beach and along its sand dunes. 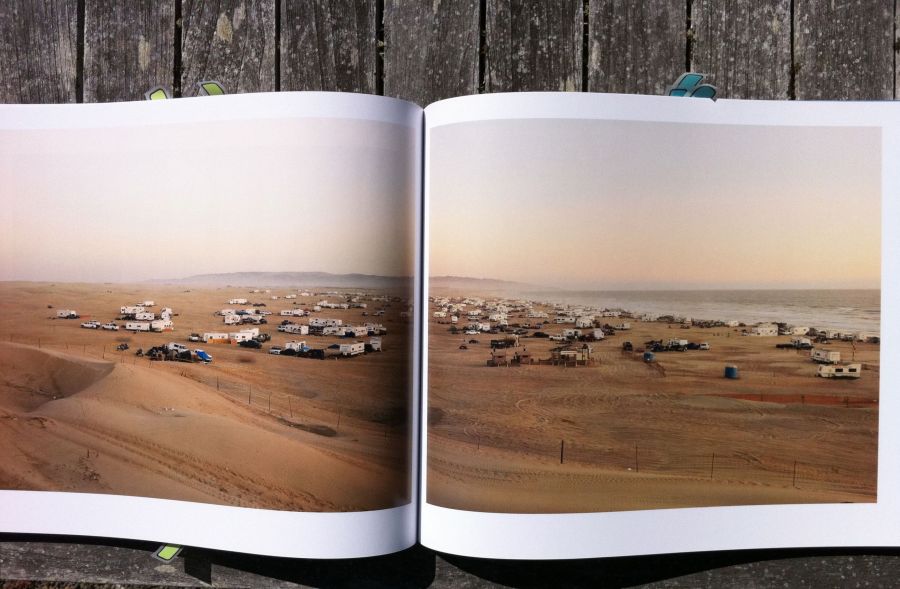 The Left Coast is not Philip’s first published effort.  In 1974, Philip published California, The Golden Coast, which included photographs by Dennis Stock to support Philip’s text.  Dennis’ photos evoke that blissful, dreamy California of which we vacation along the coast road to experience, the coast that enviros fight for; photos perfectly-suited for a glossy coffee-table book. 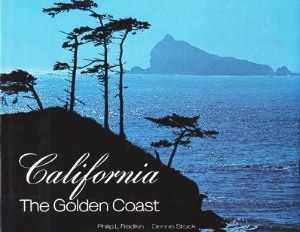 California, The Golden Coast, makes a delightful companion piece to The Left Coast, that is, if you can find it.

Alex accompanied Philip on the field research trips for this book, thus these two books tie together: In 1974, father and son travel the coast, for father to write a book. Thirty years later, father and son embark upon a journey to produce a book together.

Purchase The Left Coast – California On The Edge.

7 thoughts on “The Golden Left Coast on the Edge”